I’ve been wondering recently if everyone has a bucket list or at least goals for each stage of their life, or am I in the minority in that I always have a ‘to do’ list at the back of my head?!

By that, I don’t just mean a list of things that need to be done on a weekly/monthly basis, as I’m pretty sure I’m not alone in that most people have one of those lists, even if it’s in their heads. I’m thinking more about the things that make you tick, goals and experiences, achievements in your lifetime!

I remember when I was much younger, I knew I wanted to go travelling, and although some people still seem amazed that I packed my bags and went travelling on my own, upon reflection that seems like the easiest goal that I’ve achieved since adulthood!

My career, however, is a different matter. I believe I have got to where I am through a series of pertinent choices and hard work, (and good timing!) but during my twenties, the goals I had regarding my career were more complex. I didn’t really have an end goal, which is probably why my career seems to have grown fairly organically and resulted in varied roles, but I knew that job satisfaction and being challenged were hugely important to me. Reaching a salary bracket within a time frame also became a line in the sand, as one of my goals was to own my own place.

Arriving into my 30’s those achievements all changed. Looking back they also seemed to be easy in comparison to the things that were out of my control……..

When I thought I had it figured, the next dream seemed so unattainable.

As I turn 40 the importance I put on goals which involve those I love, but not forgetting those experiences and achievements that I can steer by myself hold equal value and should involve equal effort. Basically, I want to ensure my personal goals, don’t get swallowed up by focusing on the things which are so often out of my control.

I’m not having a mid-life crisis, I have no plans to get any tattoos, or dye my hair pink(although I actually quite like pink hair), but just as I did in my 20’s, I’d like to keep in mind those experiences that I want to achieve just for me!

I suspect there are lots of you that have felt similar. I hear so many stories from friends of mine which are parents, who never have enough time for themselves and although love being a parent miss doing things just for themselves.

So moving into the last month of my 30’s I think it’s time to re-address the balance of living in the moment and re-think that Bucket list!

Sticking your head in the sand! 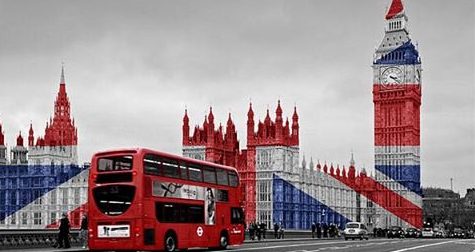